The health benefits of tomatoes will surprise you

by Bruce Ekurikpang Wayne
in Health, Health and Nutrition
6.2k 62
0

Studies have shown that continuous intake of tomatoes helps to prevent urinary tract infection, as well as bladder cancer.

Tomatoes do not only improve the flavour of food, they are also a great health booster.

Known to mankind since ancient times as a great source of good health, recent studies have shown that tomatoes are very rich in antioxidants that are effective against many diseases, especially cancer.

They also contain an impressive amount of nutrients and vitamins, which include vitamin A, vitamin C, and vitamin K, as well as, significant amounts of vitamin B6, folate, and thiamine.

In addition, tomatoes are an excellent source of potassium, manganese, magnesium, phosphorus, and copper. They also have dietary fiber and protein.

However, with the health benefits of this red plant ranging from skin maintenance to the prevention of cancer, it is, therefore, important to emphasise here that the more the proportion of plant foods in the diet increases, the more the risk of developing heart disease, diabetes, cancer decreases and other life-threatening illness decreases.

Here are some surprising health benefits of tomatoes

With an impressive level of potassium found in tomatoes, medical practitioners have advised that eating at least one tomato a day helps reduce the risk of developing high blood pressure, which is also known as hypertension.

This is because potassium as a vasodilator reduces the tension in blood vessels and arteries. And as a result, blood circulation is not only increased, hypertension is also eliminated by lowering the stress on the heart.

2. Tomatoes are great for the skin 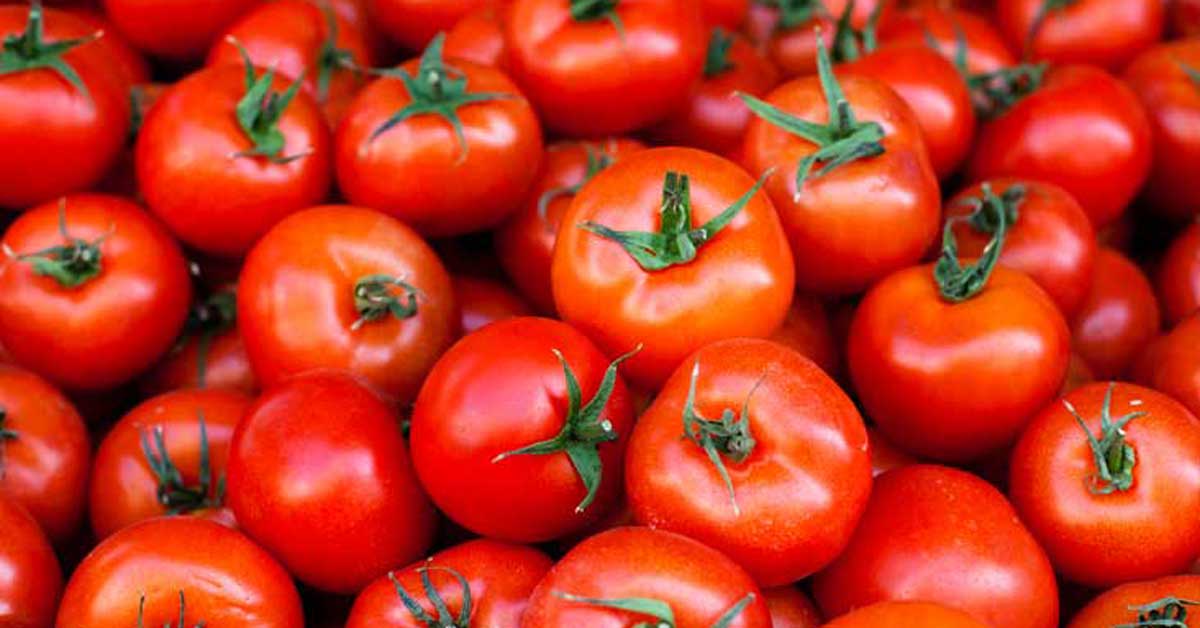 Studies have shown that tomatoes contain a high-level lycopene. And lycopene is a bright red carotene and carotenoid pigment and phytochemical found in tomatoes and other red fruits and vegetables, such as red carrots, watermelons, gac, and papayas.

The substance has been found to be used in some of the most expensive face cleaner sold around the world.

However, according to skin experts, you’ll need about eight to twelve tomatoes if you intend to try tomatoes for skin care.

All you need do is peel the tomatoes and then place the skin on your face with the inside of the tomato touching your skin and leave them on your face for at least ten minutes before washing off.

Every Dick and Harry knows how harmful cigarette smoking is to the human body. Such is the danger it initiates that it cannot be overemphasized.

So, my advice is if you smoke cigarette, you should find a way to make tomatoes your favourite vegetable. In other words, it should be added to food on a daily basis.

Of course, eating tomatoes won’t help you quit smoking, instead, they help repair the damage caused by smoking, because they contain coumaric acid and chlorogenic acid that work to protect the body from carcinogens that are produced from cigarette smoke.

Tomatoes are diuretic in nature; they stimulate urination because they are high in water content. And owing to this, they help in facilitating the elimination of toxins from the body, as well as excess water, uric acid, salt, etc.

The high levels of lycopene that is present on tomatoes do not only help in beautifying in the skin, numerous studies have shown that they also work to prevent prostate, colorectal and stomach cancer.

Naturally, lycopene is an antioxidant that works effectively to slow the growth of cancerous cells. And it is important to note that cooked tomatoes produce even more lycopene, but not overcooked.

THE SECRET TO BUILDING SELF-DISCIPLINE

Here are 6 health benefits of Garri

5 unusual munchies to pair with garri for a delicious experience

BENEFITS OF CONSUMING HONEY- A SOUND MIND IN A SOUND BODY

5 reasons why sleeping naked is great for your health

Try these 5 toast bread fillings for a heavenly experience

Check Out The Amazing Health benefits of soursop

THE SECRET TO BUILDING SELF-DISCIPLINE