Warning: "continue" targeting switch is equivalent to "break". Did you mean to use "continue 2"? in /home/pilgxrvd/246hits.com/wp-content/plugins/types/vendor/toolset/types/embedded/includes/wpml.php on line 650

Warning: "continue" targeting switch is equivalent to "break". Did you mean to use "continue 2"? in /home/pilgxrvd/246hits.com/wp-content/plugins/types/vendor/toolset/types/embedded/includes/wpml.php on line 667
 [WCW] Uche Pedro - 246hits.com

Uche Pedro is an award-winning Nigerian entrepreneur. She is the founder and CEO of BellaNaija, a media tech brand known for entertainment and lifestyle content.

Uche was born and raised in Nigeria where she also finished her primary and secondary school education. She holds a bachelor’s degree – Honours Business Administration(HBA) from the Ivey School of Business, University of Western Ontario, Canada where she graduated with distinction in 2006. 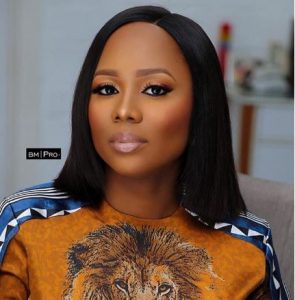 Prior to the creation of BellaNaija, Uche worked for Shell Canada, Cadbury Middle East & Africa Unit in the UK, and Cadbury in Nigeria.

In July 2006, she founded BellaNaija.

Uche has won several awards and received recognition too numerous to mention. Few include; British Council International Young Media Entrepreneur of the Year for Nigeria 2013, Forbes’ 30 Most Promising Young Entrepreneurs in Africa in 2014 and 2015, African Blogger of the Year award at the Nickelodeon Kids Choice Awards in 2016.

In 2017, Uche was invited as a civic leader making a difference around the world for the first-ever Obama Foundation Summit.

Her passion for impacting her community and nurturing the next generation gave birth to the #BNDoGood- an impact-driven initiative which consistently supports a wide variety of non-profits organizations including LEAP Africa, Slum2School, Junior Achievement Nigeria and a long list of others.

In November 2018, Uche received an ELOY Award for Innovation/Invention, reserved for a woman who has used her skills to create innovative ways to solve problems and also invented solutions to different challenges. Under her leadership, BellaNaija’s social footprint has grown through its collective brands – BellaNaija.com, BellaNaija Weddings and BellaNaija Style – to be the largest on the African continent with more than 200 million impressions each month.

She is a bundle of innovation and creativity.

She has brought encouragement and succour to many Nigerians. In March 2019 the award-winning young entrepreneur was honoured with the Forbes Woman New Media Award

Nothing In Life Is Worth Taking Your Life For – Ali Baba