Top 5 Nigerian TV and web series of the year

As it was in 2018, the Nigerian television and web audiences were treated to some impressive storytelling.

TV series and web series are becoming a big deal in the Nigerian media content space. Some TV series took the front seat in 2019 with several production houses investing more on content for the television audiences.

This list focuses on the well-written, superbly acted, and beautifully shot and directed TV and web shows.

‘My Siblings & I is an interesting TV series that grew to become one of the most loved by the audience in 2019. Written by Funke Akindele-Bello and produced for Africa Magic, the 30-mins series tells different stories from a family of a large family and each member of the family’s experiences in life. The series takes the number 1 spot for being a wholly family-oriented that can be seen by every member of a family without age restriction. ‘My Siblings & I’ is a comedy series where viewers see the happenings through the eyes of each sibling in the family, everyone’s life is subjective to the opinion of others and there is no ‘mind your business’ affair. It features Patrick Doyle, Vivian Metchie, Soma Anyama, Tomiwa Tegbe, and Funke Akindele-Bello amongst others.

Again, Funke Akindele-Bello’s popular TV series, ‘Jenifa’s Diary’ makes the list for 2019 for being one of the most educative series. It subtly takes on social and family issues while entertaining the audience. It’s without a doubt that the 30-mins sitcom has become one of the most successful ventures the actress has embarked on. The hilarious sitcom tells the daily activities of a school dropout, Jenifa, who struggles with life’s injustice to be a better person at all times.

‘Jenifa’s Diary’ is produced by Funke Akindele’s SceneOne Production and airs on AIT and Africa Magic Family. In its 17th season, Funke Akindele-Bello’s ‘Jenifa’s Diary’ continues to amass fans across the world with its hilarious and innovative scripts that touch on social issues, interesting cast, and seamless editing.

Charles Inojie directed ‘The Johnsons’ has become one of he most watched TV series in 2019.

‘The Johnsons’ is a popular television series directed by Charles Inojie and produced by Rogers Ofime. The series is done in partnership with Africa Magic and has become one of the most-watched series on the cable network. For its consistency in bringing humour into homes, ‘The Johnsons’ remain one of the series that can be watched with kids and adults. The TV series focuses on an average Nigerian family in Lagos, Nigeria and the challenges they face in relation to relatable and social issues. The TV series features Charles Inojie, Chinedu Ikedieze, Ada Ameh, Seun Adebajo Osigbesan, Kunle Bamtefa, and Samuel Ajibola.

Though it first premiered in the latter days of 2018, ‘The Men’s Club’ has suddenly become one of the popular web series for 2019. With three seasons to its credit, the web series features Ayoola Ayolola, Etim Effiong, Enado Odigie, Baaj Adebule, Sharon Ooja, and Grace Ajilore. ‘The Men’s Club’ sits on this list for being a youth-oriented film that appeals more to the Millenials.

Filled with twists, turns, betrayal, love, and friendship, ‘The Men’s Club’ takes viewers on a journey of the four friends – Louis Okafor, Tayo Oladapo, Aminu Garba, and Lanre Taiwo – surrounded by women, their businesses and the hassles of the city. ‘Fresh boy’ Louis Okafor, ‘Get-Rich-Or-Die-Trying’ Tayo Oladayo, ’IJGB’ Aminu Garba and ‘Fine Boy’ Lanre Taiwo come together in sharing their highs and lows in this epic web-series.

Written by Dami Elebe, ‘The Men’s Club’ is directed by Tola Odunsi for REDTV and Urban Vision.

5. Man of her dreams 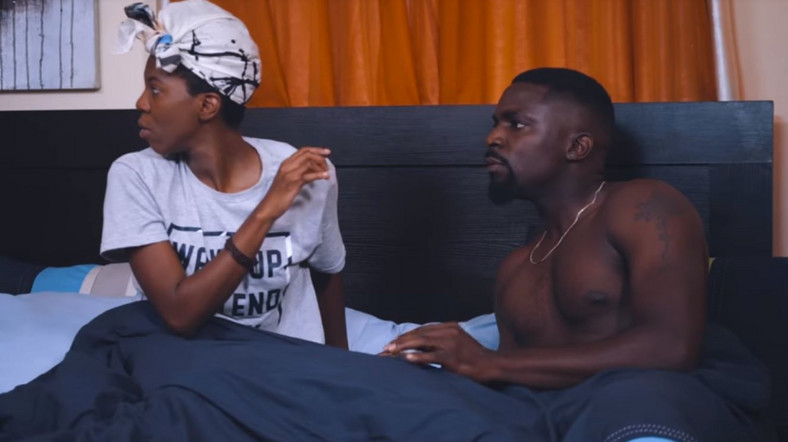 Victor Sanchez Aghahowa kept the audience of web series occupied with his interesting series, ‘Man of her dreams.’ The web series made a consistent effort to be hilarious yet entertaining and educative all through its seasons and episodes. ‘Man of her dreams’ features On-Air Personality, Folu Storms and Rekiya Atta. Also featured on the web series are Eso Okolocha, and Sonia Irabo – the daughter of Soni and Betty Irabor.

‘Man of her dreams’ tells the story of Kari, played by Sonia Irabor, and her friend Ladi, played by Folu Storms. Kari has a man in her dreams – Eso Okolocha, whom she met in the real world when he was introduced to her by her mother as the new tenant.

Here is the full list of nominees for Soundcity MVP Awards

Here is the full list of nominees for Soundcity MVP Awards