The Power Abs Program’s focus is to not only streamline your waist by getting rid of the flab but also etch in deep abdominal muscle – so whenever you take off your shirt, your six-pack will be clearly visible. The keys to such a look is a low-fat diet (that, you knew) and training your abs with weights – which you may not have known. And here’s more:

Powerlifters and strongmen have great abs. Sure, they’re buried under layers of bodyfat, but deep under that flab are an incredibly developed rectus abdominis, external obliques, and the deeper internal obliques and transverse abdominis. Those guys need to have super-strong and well-developed ab muscles to lift the massive amounts of resistance required by their sports.

Like a powerlifter, you want strong abs. Without a well-developed midsection, you would bend like a twig when doing everyday tasks like lifting a toddler or carrying groceries. And a stronger midsection means more strength on all your other exercises, since that’s your core. Unlike a powerlifter, however, you want a chiseled six-pack. But ripped, powerful abs seems like an oxymoron, right? Not with the Power Abs Program.

Unlike most trainees, powerlifters don’t do endless reps of crunches. Quite the contrary: They perform weighted ab exercises and manipulate their reps and sets to work on strength and endurance. When you want to build bigger bi’s or develop a chiseled chest, you cycle exercises, weight and reps. For some reason, though, you probably train abs differently, mindlessly crunching your way to nowhere. But make no mistake – the abs respond like any other muscle group. They require variety in exercises, reps, rest periods and use of weights. That last part is how the Power Abs Program differs from most conventional midsection philosophies.

The Program Low Down

Each two-week phase of the six-week program has one core, one oblique, and one upper- and lower-ab exercise to attack your midsection from every angle. Perform exercises for each week in giant-set fashion (doing the exercises one after another without resting between each). These workouts become more challenging as the weeks go by, progressively conditioning your abs so they can handle the highest volume of training during Weeks 5 and 6. Remember, it’s not about how many total sets you complete (this will vary from person to person) but rather that you’re able to perform sets one after the other for the entire period specified. For all exercises, keep your technique strict and move at a medium pace – don’t hurry. With this plan in hand, you’ll develop abs worthy of both a powerlifter and a bodybuilder.

Try this sample cardio workout immediately following the abs workout. It maximizes fat-burning both during and after each session, alternating high intensity in the first half with low intensity in the second. 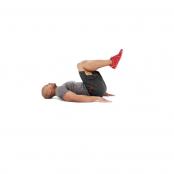 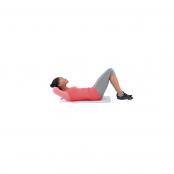 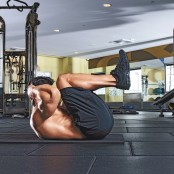 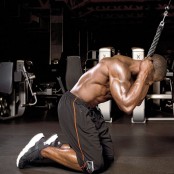 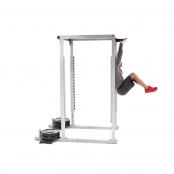 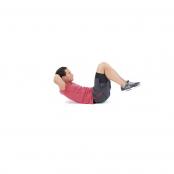 8 Tips To Deal With Communication Problems In Your Relationship