“If You Didn’t Blow, You Would Be At Onitsha Market Selling Jeans” – Zlatan Tells Rema

Rema had earlier wondered on where he would be if he hadn’t released the freestyle that brought him to limelight on Instagram.

“Wonder where I would’ve been by now If I didn’t make the freestyle”, Rema posted.

Marvin Records boss, Don Jazzy commented on the post, stating that upcoming artistes shouldn’t be shy about promoting their act.

In response to Rema’s post, ‘Bolanle’ crooner decided to be witty with his comment as he stated that the ‘Dumebi’ hit maker would have been at Onitsha Market Selling Jeans.

See the screenshot below:- 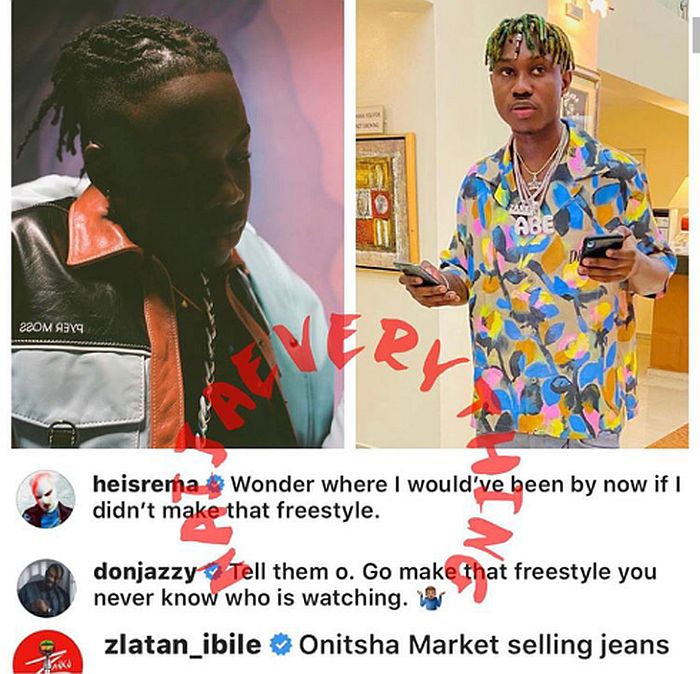 High Chief Lulu-Briggs: Billionaires corpse that has not been allowed to rest

High Chief Lulu-Briggs: Billionaires corpse that has not been allowed to rest