How open defecation is killing children in Nigeria

As of today, 4.2 billion people live without proper sanitation. 673 million people still practise open defecation all over the world.

As a result, about 2 billion people use a drinking water source contaminated with faeces globally. This leads to 432,000 diarrhoeal deaths and contributes to diseases like intestinal worms.

Lack of toilets and proper sanitation is really bad in Africa. More children in sub-Saharan Africa die from disease related to open defecation and poor sanitation than AIDS, malaria, and measles combined, according to statistics from the World Health Organization (WHO) and the United Nations International Children’s Emergency Fund (UNICEF).

Rather than reducing, open defecation is steadily increasing across Africa with 220 million people practising it in 2015 compared to 204 million people in 2000.

For instance, 40% of schools in Ghana do not have a toilet while 40% of the population in South Sudan, Niger, Chad, Namibia, and Benin continue to defecate in the open, WHO reports.

Back in 2018, WASH National Outcome Routine Mapping (WASH NORM) carried out a survey and found that Nigeria ranks second among countries practising open defecation across the world.

Findings from the survey show that 24% of the population (47 million people) still practice open defecation. This means one in four Nigerians defecates outside.

This practice has a huge impact on Nigeria’s development. Economically, about 1.3% (N455 billion) of Gross Domestic Product (GDP) is lost every year to poor sanitation and open defecation.

Healthwise, over 100,000 children under five years of age die annually of diarrheal diseases, directly attributed to unsafe water and sanitation. The diseases contracted from water contaminated by faeces leads to stunted growth and malnutrition in children. 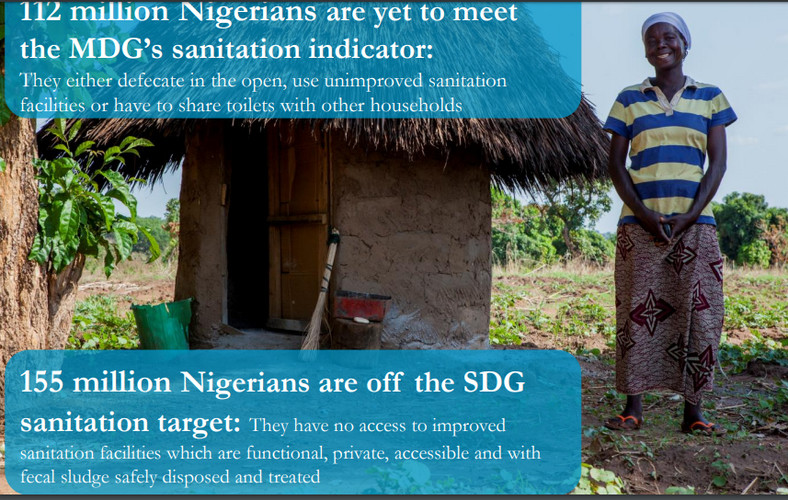 It also puts girls and women at risk of rape and violence when they have to leave their homes at night to find somewhere to defecate.

The United Nation plans to end open defecation by 2030 while President Muhammadu Buhari has launched a national campaign to make Nigeria Open Defecation Free (ODF) by 2025.

These Two Supersets Will Hammer Your Quads and Hamstrings