Senator Dino Melaye has eventually got himself a role in a new movie that will premier in December.

Joy Idoko, the producer of the movie titled “ Lemonade” said Melaye played the role of Distibguised Senator in the movie.

According to Premier Times, the film was shot at several locations in Abuja.

Describing Melaye’s role on her Instagram account, the producer said, “This you would really really want to see, the most distinguished Senator @dinomelaye plays himself in Lemonade. Some times it takes a wiser set of eyes to help you see what is right in front of you.” 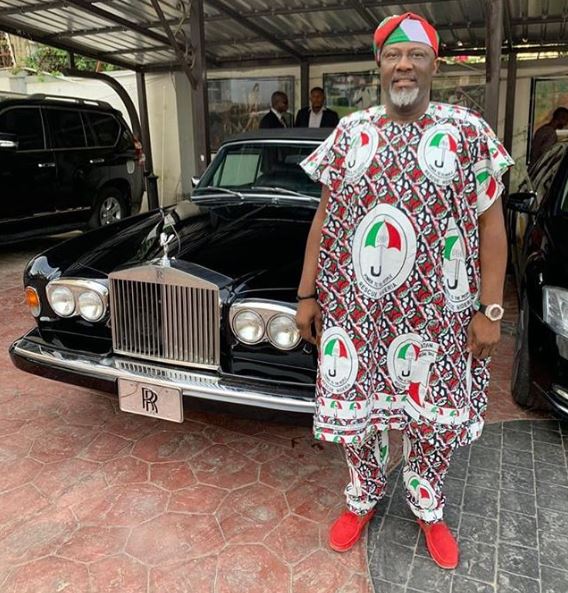 It may be said that Melaye’s romance with the entertainment industry is paying off for the politician.

Recall that in October, it was revealed that he will be featured as one of the key actors, in a television series titled ‘Equity unbound’.

It would also be recalled that Melaye was recently sacked as the senator representing Kogi West in the upper chamber.

Following a rerun, which was riddled with violence on Saturday, November 16, 2019, between him and Smart Adeyemi of the All Progressive Congress (APC), the two candidates will face each other in another rerun in some parts of their constituency.