Accident Man is a 2018 action thriller film directed by Jesse V. Johnson, based on characters created by Pat Mills and Tony Skinner. The film stars Scott Adkins, Ashley Greene, Ray Stevenson, Michael Jai White and Ray Park. The film was released on 6 February 2018 in the United States and on 16 April 2018 in the United Kingdom. The film was released to positive reviews, with critics praising the action and Adkins’ performance.

15-year-old Mike Fallon works as a paperboy and is bullied every day on his route. While hiding from his bullies, he notices a man named Big Ray planting a bomb. After recording and spying on him for weeks, Mike blackmails Big Ray to teach him how to kill the bullies’ leader. Big Ray acquiesces, but then reveals photographs he has taken of Mike killing the bullies’ leader, with a warning never to betray him. He eventually teaches Mike to be a professional assassin and becomes a father figure to Mike.

Years later, Mike is an assassin who specializes in disguising his kills as accidents. He is a regular at an assassins’ pub called the Oasis, where a retired Big Ray is the bartender. Fellow regulars include Carnage Cliff, who kills his victims with an axe; Poison Pete; Mic and Mac, military veterans; Finnicky Fred, who invents and sells unorthodox weapons; and Jane the Ripper, an expert swordswoman.

After killing an accountant named Archie Rudd, Mike gets a call from Milton, who assigns the assassins their missions. Milton asks Mike to pick up his payment for the kill in an alleyway, but there Mike is attacked by an amateur assassin, whom he kills easily. Mike accuses Milton of setting him up, but Milton denies this. 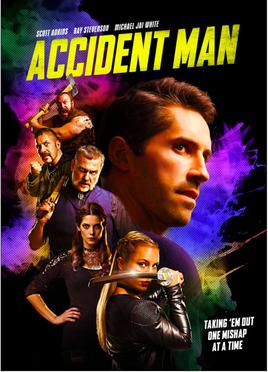 Mike learns that his ex-girlfriend Beth has been murdered in a botched burglary, and that she was pregnant with his baby. Hearing that the alleged perpetrators had OD’d immediately afterwards, he becomes suspicious. He steals the police report and deduces that Mic and Mac were responsible, as they specialize in disguising assassinations as random street crimes.

Mike accuses Mick and Mac, and they confess to killing Beth but deny knowledge of their client’s identity. Enraged, Mike fights and defeats them both, and Big Ray reminds Mike never to get emotionally involved in his line of work. Mike goes to Beth’s apartment and asks her girlfriend Charlie whether Beth’s environmentalist activities made her enemies. They argue until Cliff breaks in and attacks Charlie. Mike inadvertently kills Cliff, tracks down Milton, and tortures him to reveal who ordered the hit on Beth: a man named Leonard Kent. Big Ray reluctantly orders a hit on Mike for killing Cliff.

Charlie reveals that Beth had collected information on Pankot Petroleum, a corrupt Indian oil company, provided by Archie Rudd. Mike confronts Kent, but Kent turns over a recording of another man ordering him to have Beth killed. Mic and Mac suddenly break in, killing Kent. Mac is killed in friendly fire, and Mike bludgeons Mic to death with a fire extinguisher. Pete ambushes Mike outside the building, but Mike kills him easily. He spares Fred by knocking him out and goes to the house of Kent’s employer, oil tycoon Atal Zim. He kills Jane with her own katana, rejects Zim’s bribery attempts, and decapitates him.

Back at the Oasis, Mike confronts Big Ray and Milton. He plays the rest of Kent’s recording, revealing that Milton had ordered Mike killed in the alleyway and assigned Mic, Mac, and Cliff to eliminate all loose ends. Enraged, Big Ray assaults Milton, and Mike offers him a Band-Aid that Fred had developed for poisoning. Milton applies it and slowly dies. Big Ray allows Mike to leave but warns him to never return to the Oasis. Mike leaves and vows to protect the city as a vigilante.

How A Former Nigerian Taxi Driver Made Over $9 Billion Dollars

5 most controversial celebrities from reality TV shows in Nigeria

5 most controversial celebrities from reality TV shows in Nigeria